AN INTRODUCTION TO CRYPTOCURRENCY 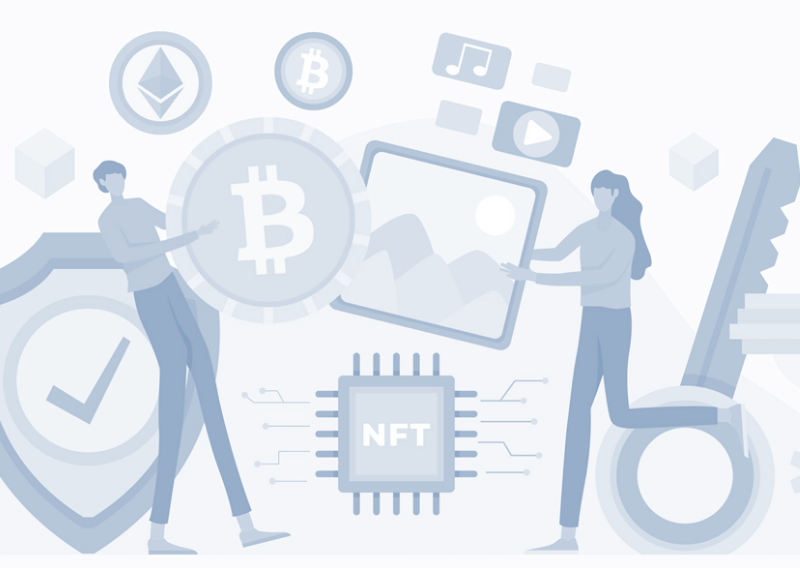 RISING FROM THE CRYPT:

A brief case study into Cryptocurrency

Throughout history there have been numerous financial bubbles typified by exuberance at their zenith. However,  invariably as the cycle has normalised, they have caused extreme angst and loss in their aftermath. These case studies of ‘manias’ are well documented: from the Tulip craze of the 1630’s in Holland, to the Railway boom of the 1840’s, the roaring post pandemic 1920’s, and closer to memory, the dotcom era of the late 1990’s and the US housing boom that ended in the 2008 Great Recession.

With these in mind, it is possible at the current juncture to look at the cryptocurrency mania and merely write it off as a similar cycle, concluding that it is not worth investing in as it will invariably end the same way. While this may well turn out to be true, when one digs deeper into the cause and effect of these cycles and the changes they produce in environment, product and technology, there is much to be learnt, studied and invested in for anyone who is a scholar of history or an ardent financial market participant.

Post the 2008 US housing collapse, much has been written as to its cause – many postulate it was a result of the dotcom bust that forced investors to abandon stocks and bonds, and rather invest in brick-and-mortar assets at any price. Others merely write it off to investment bank avarice, profiteering out of products that no-one understood or cared to look into.

What is clearer however, is its after effect –a post great recession generation of investors who have lost faith in the financial market system ‘rigged’ by investment banks, compliant politicians, and algorithmic traders who merely prey on the weak for their own benefit. This polarisation of view (similar to the polarisation of left and right political views) has created a community which has sought an alternative mechanism for interacting, communicating and investing in, and at its core, is the complete trust in and use of technology outside of all central control or interference.

Out of ashes of this Great Recession rose the now infamous ‘Satoshi Nakamoto’ the mysterious pseudonym of the person or persons who wrote the Bitcoin (BTC) white paper in 2008, and who have been credited as the creators of BTC and the original blockchain ecosystem.

This paper described the use of a peer-to-peer network that removed third parties through the use of cryptography. This decentralised system is distributed among many nodes, thus not allowing a single party to gain control, but rather maintaining and securing the blockchain (or digital ledger) records through computational power.

This BTC proof of concept was initially envisioned as a payment system but has morphed rightly or wrongly over the last decade into the poster child of cryptocurrency and blockchain technology. To the average layperson, crypto and blockchain are merely bitcoin, but fortunately nothing could be further from the truth.

This now trillion-dollar asset class which initially had commercial banks, politicians and central bankers describing it as ‘folly’, now has them either declaring it illegal or looking to regulate it back into its box. Many are having sleepless nights over how they control, regulate and ultimately allow this disruptive product and technology from either eviscerating their business models, diluting their commercial or political sway, or causing them to lose control over monetary and fiscal policy within countries or global partnerships.

Mania it certainly may be, but at the same time, potentially game changing for the current world monetary and fiscal order as we know it.

No-one could have imagined in 1999, that the ‘internet of things’ would, after the dotcom graveyard of 2001-2003, produce the current behemoths of stock market indices in Google, Amazon, Facebook, Microsoft and Apple – all of whom have used the web to transform themselves either into communication, retail, advertising, hardware or cloud storage monoliths, the scale of which the world has never seen.

Some current investors equate blockchain technology as potentially the ‘internet of money’– a peer to peer ecosystem that allows for seamless digitised exchange of data, information and value between a myriad of interconnected parties that is encrypted, secure and stored outside of centralised systems. Could this technology be as disruptive as the internet?

Ray Dalio of Bridgewater Capital has written extensively about the stages of debt cycles and the current changing world order, exemplified by the decline of Western World dominance and the rise of China. He is a late adopter but recent proponent of cryptocurrencies in a diversified portfolio, particularly as the role of the dollar and gold as hedges against inflation and loose monetary policy don’t behave as they have in the past. With 40% of all the Dollars ever printed being in the last 12 months, there is no debate that current central banks’ role in the economy and financial markets is unprecedented – and their use of monetary policy to inflate themselves out of debt is ongoing. Given the recent advent of post Covid inflation this policy decision and experiment may now come under grave threat.

There is, however, no evidence that the current market behaviour of cryptocurrencies as a diversifier in a portfolio is proven, particularly due to its huge volatility and strong correlation to risk asset behaviour. However, what is testament to its acceptance as a legitimate asset class is its current market capitalisation (BTC 970m USD, ETH 520m USD), combined with the rush by governments to either ban or de-legitimise it while in the background furiously creating their own digital currencies as competition to the decentralised versions.

JP Morgan head Jamie Dimon has been on record calling BTC worthless and saying he will fire anyone in the firm who trades in it. However, the bank currently spends in excess of 12 billion USD a year on technology, much of which is going into blockchain and similar decentralised finance solutions (DEFI) – they have even issued a coin called JPM Coin!

Decentralised Finance is a blockchain based form of transacting that doesn’t need intermediaries in the form of banks, brokerages or exchanges. However,  through the use of smart contracts on the blockchain, it can offer lending, borrowing, trading and interest accruing savings accounts. Using Stablecoins that are collateralised and pegged to fiat currencies one can even replicate yield earning money market funds.

Imagine a decentralised exchange or clearing house that could clear and settle all interconnected financial market trades quickly and securely or a ‘banking’ system with a seamless, encrypted ledger that allows all participants to access, verify and borrow!

One of the great new age visionaries and thinkers is Vitalik Buterin, a 27-year-old Canadian Russian programmer who was a co-founder of the Ethereum blockchain in 2013. Ethereum is currently the leading open-source community blockchain that allows users to deploy permanent decentralised applications for all of the current DEFI applications, including non-fungible tokens. NFT’s are digital tokens that are one of a kind, verifiable and easily traded on the blockchain.

Ethereum currently processes 10-15 transaction per second compared to BTC at 3-5 and is far less energy intensive using a Proof of Stake rather than a Proof of Work verification system.

ETH plans a layer 2 upgrade early next year, which will meaningfully increase its speed and reduce the cost of transactions (known as gas fees).

In the last year, its market cap has grown from 60bn to 480 bn USD as it gains notoriety and garners institutional money inflow. Many investors still believe it can triple from current valuations should it succeed in being the dominant blockchain ecosystem.

Other smart chain players like Binance Coin and Solana have similarly gained massively as the race to be the fastest and cheapest intensifies.

The advent of NFT’s in the art world to digitise and sell unique pieces, as well as the gaming environment using coins as mechanisms to reward and incentivise gamers, are all new derivatives of the technology. It is too early to say whether these are mere experiments, or ultimately whether NFT’s could be used for other uses like minting and verifying property title deed ownership or stock holdings?

The advent of ‘memecoins’ like Doge and Shibu, which on the face of it have no business model, have created mechanisms for the likes of Elon Musk to massage his ego in their trading vicissitudes – whether they have any role to play in the future is also unknown.

At this nascent point in the technologies’ rollout, it seems that existing players are set to continue to benefit from speculative money chasing them, and if/when the cycle corrects, they may merely be acquired or fail, but what is more certain is that this disruptive technology will remain and change many parts of the financial framework as we know it.

As in all market boom periods, the inherent FOMO (fear of missing out) and market exuberance creates a lot of noise, and many pretenders to the game. At the dotcom zenith, there were players who had no business model and no way of making earnings, but merely listed ‘dogfood.com’ with the aim of getting rich.

This period is no different. In fact, it may be worse, given that this bull market has lasted longer than most expected, money is cheaper than it has ever been, people are sitting at home with government grants to trade on sophisticated technology applications, and above all, massive fortunes have already been made and lost.

There is no doubt that some spectacular changes are still to come, and in reality, 90% of all current crypto coins and players may end at zero.

However, much like in the early dotcom era, the Yahoo and Netscape Inc’s paved the way for players like Google and Amazon to appear, and those who had invested too early or too late allowed their scepticism to rob them of owning the ultimate winners.

No market cycle is ever the same in nature or timing, but if history and human behaviour is anything to go on, this cycle may still have further to run, and when the pullback comes, only the strong will survive. What is certain however, is that the landscape will look different, and that technology will prevail as it always has – and legitimate blockchain businesses will continue to rise from the crypt.

The Investment Committee at MitonOptimal aims to remain as informed as possible about new and evolving trends that shape market behaviour. Whether this is ESG, Climate Change, Big Data, Biomechanics, Virtual Reality, Artificial Intelligence or Cryptocurrency, these trends influence current and future investment themes and returns. The team, as bastions of client capital, only currently invest in liquid, regulated and tradeable funds and securities.

With this in mind, we do not currently invest in cryptocurrencies for client portfolios, but will eagerly study the environment and asset class as it evolves and may provide opportunity at some point for a place in a diversified client portfolio. 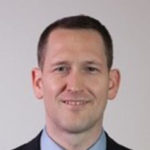