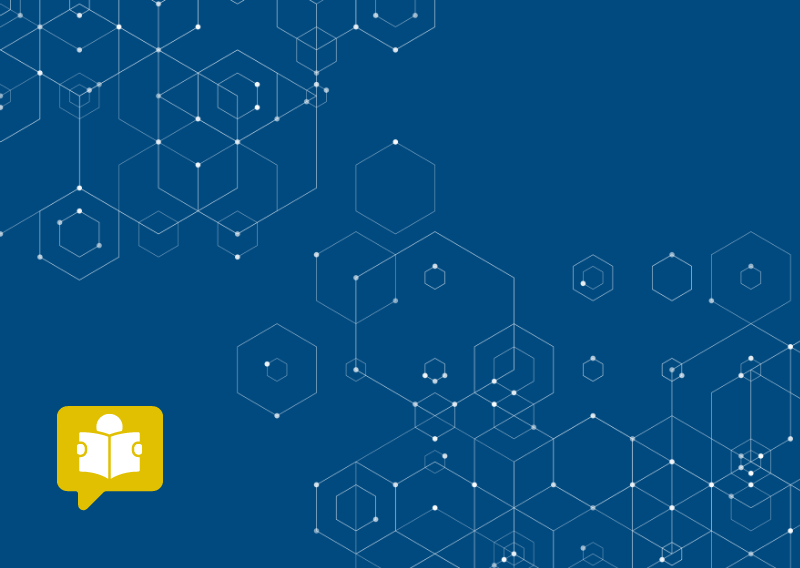 At MitonOptimal we take asset allocation (AA) very seriously, taking into consideration both Strategic AA (3-7 years) and Tactical AA within the various asset classes. This quarterly piece provides insight into our short term tactical calls on a 12-month view (reviewed quarterly) and as such may diverge from our long term strategic AA views. We review our strategic AA bi-annually as we believe this is prudent practice, in a world dominated by debt de-leveraging, central bank and political interference.

The JSE SWIX All Share had a decent Q1 2022 returning 5.69%. This was mostly accomplished by some stellar performance from Financials (20.28%), Resources (19.02%) and Basic Materials (18.36%). The biggest detractor of performance over the last 3 months has been the Technology sector, ending 34.71% in the red. This was mainly due to the impact of Chinese regulation and fines on Tencent, the major asset within the Naspers stall. This caused Naspers to drop by 32%, and Prosus by 38% since the start of the year. It’s still uncertain to what extent the Chinese government will keep on influencing the landscape within which Tencent operates, so the risks remain elevated at this stage.

The Resources sector had a great run this quarter continuing from last year, and we think there is some upside left. With the war in Ukraine not looking to subside in the near future, the demand for SA Commodities should continue for a while still. The South African Reserve Bank also seems to have a better grip on inflationary pressures relative to our foreign counterparts which is boding well for Financials and Basic Materials.

Given the various influences (positive and negative) on our local equity market, we remain neutral to marginally overweight on SA Equity exposure within our funds and models.

We do think, as discussed above, that there are certain sectors with more opportunities and potential than others and we remain overweight in those sectors.

The sector had a troublesome start to the year, as the risk-off trades started pouring in, but recovered slightly to end the quarter 1.27% down. Given the sector’s deep correlation with economic growth, we don’t foresee significant upside from a price perspective. The sector does, however, look attractive from a dividend yield perspective yielding more than 7% on average. When focusing on certain sectors like warehousing, personal storage and convenience retail while staying away from large retail and office space, the yield and growth prospects seem considerably better.

We are therefore overweight these sectors within our funds and models with a neutral allocation to SA Listed Property as a whole.

This is the asset class that we are most bullish on. The JSE All Bond Index returned just short of 2% over the last quarter and we feel that there is more upside potential in the months to come. We have seen foreign investors getting into our equity market during the last month, but not so much into our bond market yet. Real yields on our medium to long term government bonds look very attractive and we expect rating agencies to have a more stable outlook on our debt going forward.

There is some risk in longer duration bonds with the SARB looking to hike rates back to pre-COVID levels, but we feel that most of that risk is already priced in. Our economy is also looking to benefit from the commodity demand for quite a while and will probably keep our net trade surplus going strong for the foreseeable future. All these factors play into our overweight allocation on SA Bonds with us looking to implement a barbell strategy in both our funds and models. We are still uncomfortable with SA Corporate Bond exposure and wary of the risks involved.

Cash is generally a risk mitigator or “place holder” with our funds and models and our current allocation is no exception. With a strong Rand, trade surplus and net inflows from foreign investors, we feel comfortable with SA Cash exposure where we find a lack of opportunities in other asset classes.

This has placed us in good stead the last quarter where a general underweight in foreign exposure and overweight in SA Cash paid off handsomely. We are keeping to a marginally overweight exposure on SA Cash, given the ZAR strength and pressure on risk assets resulting in an underweight allocation in some models.

Since late last year we have been reducing exposure to Global Equities in favour of local risk assets. We have been skeptical on valuations and fundamentals for a while now, especially on US equities. The three broad categories that we focus on all underperformed in the last three months, mostly because of the risk-off market created by the war in Ukraine and fears of a global recession looming.

Emerging Markets bore the brunt of this ending the quarter down 14%. This was dominated by Russian assets, however, with the positive contributions from South Africa and Brazil unable to negate the outlier negative effect. We are seeing some opportunities in the Emerging Market sector, although we are still skeptical on Russian assets.

After a meaningful pullback in prices from the S&P500 (-12.75%) and the Developed Markets excluding the US (-13.42%), we are seeing some opportunities. Again, the volatility created by the war, inflationary pressures and recession scares are to blame for most of the underperformance.

Within the S&P500, the pullback also seemed fitting given the bloated valuations reached by the end of 2021. We still feel that the valuations of most of the S&P500 counters looks a bit high, but we are generally more at ease with the current situation.

Our underweight allocation to global equity during this quarter added considerably to the performance of our funds and models. We are still skeptical on some areas going into quarter two, but generally feel more comfortable with a neutral allocation versus 3 months ago.

With global interest rates still very low relative to history and inflation on the rise, we have been skeptical on Global Fixed Interest for quite a while. Over the last three months Global Bonds (Bloomberg Global Aggregate Index) have returned -14.08% in Rand terms. This is in part because of the Rand’s strength, but mostly because of fears of run-away inflation and a global recession. With central banks across the globe being more hawkish in nature, there might still be more pain to be felt.

As with our Global Equity allocation, an underweight stance had a positive effect on our models on aggregate. Our stance is more positive going forward, but still marginally underweight.

As with local cash exposure, the Global Cash allocation is used as either a risk mitigator or as a place holder for future deployment into risk opportunities. Over the last three months, we found more opportunities in other asset classes and consequently were underweight Global Cash. With real rates globally at all time lows and the USD (and other Developed Market currencies) looking overvalued, the underweight allocation was appropriate.

The underweight allocation contributed positively to the overall performance of our funds and models.

Global Property was also one of the asset classes that was heavily affected by the risk-off trades as well as the volatility due to the war in Ukraine. Although not as overvalued as most equity counters, the dividend returns are still attractive relative to Global Bonds. The Global Property sector (S&P Global REIT Index) that ended the quarter 11.75% down, outperforming the global equity indexes, but still had a negative affect on the models because of our neutral allocation.

With risks and rewards for the sector seemingly in equilibrium, we remain neutral on the sector, but overweight REIT sectors focused on warehousing, storage, data centers and infrastructure. 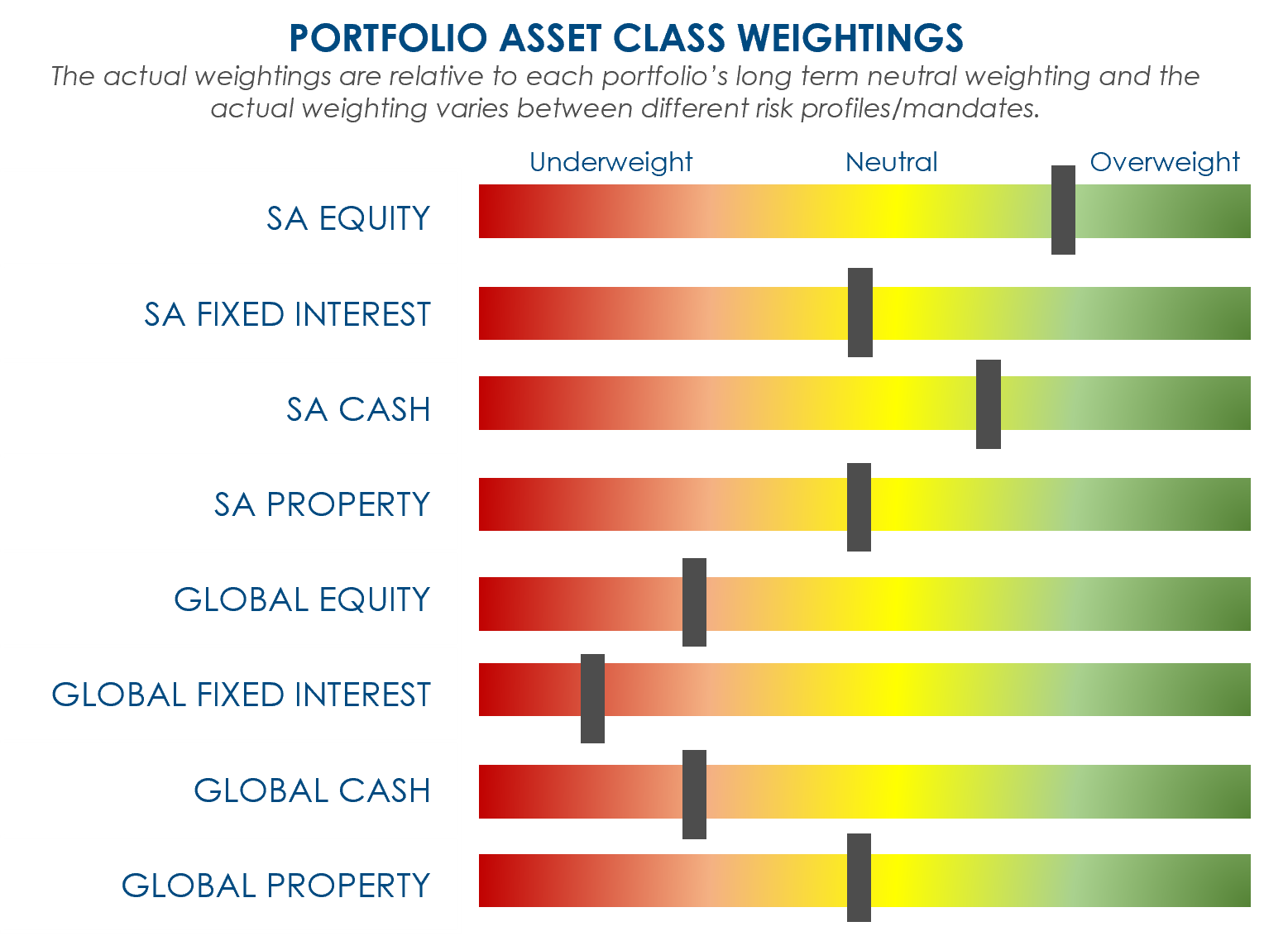 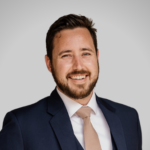